My Camera: Sometimes, I Use It To Make Phone Calls.

I upgraded to an iPhone 4S last spring, and after a few months suddenly realized I was often taking better pictures using my phone than I was with my $800 Canon Rebel--without having to lug around pounds of lenses!  (If you want to see how amazing iPhonography can be, check this Flickr group).

Then I went to the ADE workshop, and Apple brought in Bill Frakes, one of Sports Illustrated's top photographers, to teach a workshop on iPhonography.  He didn't get much into the how's and wherefore's of taking photos with your phone camera, unfortunately, but we did get to see a lot of really cool shots and videos he took with just his phone.  Seriously impressive, high-quality stuff, and I realized I needed to get a lot more serious about my iPhone camera!

I even thought about replacing some of our library cameras with iPod Touches and Olloclip Lenses, until my (wise) library assistant pointed out that was just more parts for the kids to lose!

I can sometimes miss the obvious.

But I may still order a couple sets of the lenses, along with the Glif tripod mount,  for people to check out to use with their own cameras.  I mean phones.

Thus, this is the first entry into a series of posts I'll do over the next month or so looking at various apps I'm finding very useful.  Because that's the power of the mobile camera--whether it's an iPhone or Android--you can shoot, process and share, all on one device.

As you can see from the photos,  I'm collecting quite a few photography apps, which is ironic from someone who has never managed to get her head around Photoshop. The one I'll look at today is a favorite: TrueHDR ($1.99).

The iPhone camera is basically a wide-angle (28mm) lens. That means when you're shooting long distance horizon shots (for example), you're going to lose a lot of definition. Enter True HDR.  Bill Frakes mentioned this is one of his go-to apps, and I'm impressed by the difference it makes. You use this instead of the built-in camera app; basically, it takes a series of 3 photos, which fills in much of the missed detail you would otherwise miss (see samples below).

As you would suspect, this means it doesn't work very well with anything that moves. You also need to have a steady hand, or the results can be blurry.

Here are two photos I took only seconds apart, the first with the camera app,  the second with TrueHDR.  The first one's OK, but you can see that there is more definition and tonal range in the second photo. 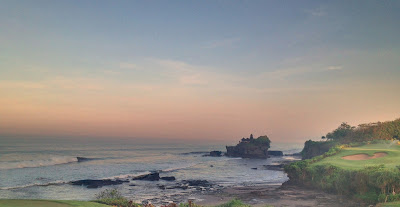 Once you take the shot and it processes it, it allows you to do some minor editing before saving. For only $1.99, well worth it!

Update:  BTW, I'm taking a fun Phoneography 101 course via Photojojo (it's only $5, and you get two quick photo lessons/assignments a week for a month).  And here's a tip I didn't know before:  You can use the volume up button on your phone to snap shots (it keeps your phone more steady than tapping the screen).  Moreover, you can do the same thing with the volume up button on your headset, using it as a cable.  How cool is that?

That's all I'll share from that. Come join me on the "course" and be my photobuddy!