Of Petitions, Mandates, and the Battle of the Blog Comments

Wow.  Michael Moore was right.  You really don't want to mess with librarians.

Have you been following the kerfuffle Buffy Hamilton's and Doug Johnson's blogs this week?  It started with a now-defunct petition that stated the following:

Study after study has shown that well-stocked, well-funded, well-organized school libraries staffed by a “highly qualified” School Librarian, or other similarly qualified credentialed individual, improve student reading scores, test scores, and literacy rates. All children have the right to read and to have access to materials that will help them grow as learners and as people. No Library = No Freedom to Learn.”

Buffy and Doug both posted articulate, well thought-out, dissenting responses.  Then the fun began.  If you haven't, I really recommend you go to their sites and read not only their posts, but the comments, where you will receive quite an education in the current state of civil discourse in public spheres, among other things.

I, of course, am about to add my own two cents' worth.  But let me start with a bit of transparency.  Not only do I no longer work in public schools, I no longer even work in the country.  In that sense,   I don't have a dog in this fight--except that the struggles going on in the US and UK are leading indicators for what could become international trends, and media specialists everywhere better be paying attention.

I won't even comment much on the downright uncivil nature of some of the comments others' wrote.  People's jobs and livelihood are at stake and passions run high, which is no excuse (we're not only supposed to be professionals, we're on the frontlines for teaching appropriate online behavior), but does call for at least a bit of understanding.

Like Buffy, I didn't sign the petition, and for very similar reasons.  She and Doug both articulated the arguments against the petition well; there is no need for me to repeat those.  I plan to address some of the comments, which I think often miss the point.

In a rather snarky post on Doug's blog, Linda Roche commented,


So, the Unquiet Librarian and some readers won't push library services for all students, and reasons offered up are specious; a misspelled word, no guarantee of good service with credentialed professionals, or laws won't be obeyed anyway. Boo hoo. Lip service is easier to dish up than effort.
When we discuss school library services we assume that others in our professions understand we mean books, both digital and print, Web2, Information Literacy training, technology access and integrating these services with school curriculum that Teacher Librarians offer.

First, the petition was not aimed at "others in our profession."  It is aimed at the political class, who have very little understanding of libraries or library services.  The problem with the petition, for me, was the very retro view that second paragraph gave of libraries; that is already the image in the minds of the general public (and our legislators), and they have pretty resoundingly rejected the necessity of funding that.  Why-oh-why then, would you perpetuate that stereotype in a plea for your  21st Century relevance? 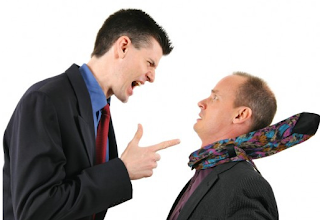 Another commenter claimed "well, there wasn't much room on the petition."  How much more important is it, then, to ensure that what space you DO have addresses essential information and not some abstract "18 books per student" claim, especially when the purpose of the petition "is an attempt to force Mr. Obama to take a closer look at the disastrous consequences RTTT and NCLB policies have rained upon school libraries nationwide."  Yet nowhere does the petition delineate those effects, or how libraries address them.

Moreover,  it's not enough to cite the plethora of studies showing librarians' relevance to today's information world, and accuse anyone who dares criticize you of  being "unaware of the research."  (Really?  That's your argument?  You think Buffy and Doug--leaders in the field--don't know the studies?)  Having a library degree is no guarantee one not just knows their stuff, but embeds best-practice into their daily routines.  I'm a relatively recent graduate (five years ago) from a top-ranked library school, and I had to do an independent study in order to learn about blogs and podcasts and Web 2.0.  I assume curriculum has improved since then, but my point is much of what I know (or value) about my role as librarian, I learned after I graduated  (and, I might add, from reading Buffy and Doug).

I am not as evolved in my thinking as they,  and my own practice falls pretty short sometimes.  But I am trying to re-imagine and re-shape my role within the school, and even starting to question the need for a designated library space, or at least, a specific space to which I, the LMS,  am attached.  I'll post on that idea one of these days, but if we really want to EMBED the library throughout the school,  if  we want to make it participatory, with all that entails, then the LMS needs to be mobile, with regular swings through a "learning commons," or collaborative work space as part of a regular route.  Leave an aid there for crowd control and book check-outs.  In fact, when they ask, I've stopped telling people I'm a librarian, and just say I'm a teacher.  When they ask what I teach, I tell them media  and research literacy.

Look, I'll say it:  Traditional librarianship is a dying profession.  It may even be dead.

As painful as that may be--it's destroying an iconic image, after all-- maybe it's time to burn down the forest to allow for new growth and re-visioning, to echo Doug.  With all due respect to good, well-intentioned people, there are far too many librarians out there who think books, in their various formats,  are the be-all and end-all of libraries, who believe they're techy if they offer a variety of databases, use Power Point (or Prezi)  for their lessons, and show kids how to search the citations in Wikipedia for background references. And they are NOT just the old-timers.  In fact, I'm in my 50's, and am far more up-to-date than, for example,  a candidate in her early 30's who interviewed for my position when I left CT.  When I explained the job, which was very tech heavy, she made it clear she was NOT interested in that, and, should she be offered the position, really wanted to work on building the fiction collection.  What really saddened me, the high-school principal (an ex-English teacher) wanted to hire her.

And that's the problem.  We don't need to convince legislators.  We need to convince our administrators and faculty and, more importantly, our parents and communities.  If THEY were behind us, we'd have the funding, believe me.   Unfortunately, and I can be guilty of this myself, too often we confuse providing resources and tools with actual learning, so we throw tools at students without taking the time to teach the habits of mind that make effective learners and researchers.  Until we can demonstrate clearly how we actively facilitate learning beyond resources, all of these petitions and letters-to-the-editor are pretty much preaching to the choir.   Heck, when even the teaching profession as a whole is under fire (and under-funded), how can we expect libraries, perceived as a degree removed from learning, not to be?

Perception is reality, and grammar matters when you're trying to convince others you are an educated, intelligent professional.  So typing  "failure to have a credentialed School Librarian to run that library should be punishable by a immediate withdrawal of all Federal monies" is not an option, and calling attention to it is not nit-picking, especially in a document purportedly for the President of the United States.

Finally and more importantly, rather than being chastised, derided and branded as library traitors in a if-you're-not-with-us-you're-aiding-the-terrorists kind of way, fellow librarians should cheer them on, celebrating the diversity of voices within our field, engaging with and challenging the ideas always with the goal of furthering and improving our understanding of our role.  Shutting down the conversation by  overt attacks on character, just because one disagrees with the opinions being stated, is NOT what librarians are about.
Posted by jeri hurd at 4:38 AM