One of my many hats (and growing academic interests)is teaching a class on film studies. Last year was my first year, I'm teaching it again (vastly revamped!)spring semester this year, and next year it morphs into a year long class. 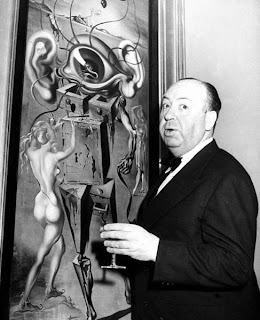 I run it as a combination film analysis, film production class, either of which could be a full class in itself, and trying to cram both into one semester leaves both aspects somewhat haphazzard. But we do what we can, and I'm excited next year will give us scope to do some great things.

In the meantime, I spent all day yesterday working on the class website and updating the hotlists of resources for the students. (So far it's all boys this year. And last year, in a class of 15, I only had 3 girls. What is it about film and women? I noticed on a Samsung video contest yesterday, they have a special promotion just for girls, so obviously it's an issue in the field. Not many women directors out there!)

Anyway, I have a list of resources for film analysis (they'll be blogging on a genre of their own interest), and one of video resources (for shooting their own videos). The latter would be useful for anyone interested in digital storytelling.

I'm especially pleased with the class website. I used Google Sites, because I think it gives a more "finished" appearance than PBWiki, much as I love that tool. It also works seamlessly with other Google apps, which we'll be using. I started a Google group for discussions, use Google Calendar for assignments, and could even create a page of vidoes for them to watch at home.

Even though our school uses First Class, I may have the kids set up an iGooogle page as an information management site for themselves. I've given enough Google App tech workshops to the faculty by now that many of them are starting to use the apps, so it would be a good tool to teach students some information management (I'll also have them use Reader to subscribe to each other's blogs, of course!)

Our theatre director uses Google Sites/Calendar to share all her researsal production information. It's pretty cool, and a great "best practice" for showing other teachers.

I've blogged about this before, but the problem with using tools such as First Class (or even Moodle) is it doesn't teach students how to manage themselves using tools they'll have available once they leave the school environment.

Anyway, if you have the time/inclination, I'd love any feedback/suggestions you might have.

BTW, the photo is from the Life series on Google: Hitchcock next to Dali's painting "Movies." Dali, as you may know, worked with Hitchcock on the dream sequence in Spellbound.
Posted by jeri hurd at 9:14 AM